For the health and safety of our patient population, NHO continues to require masks for everyone in our facility. For all COVID-19 information, please click HERE.

In life, you never know where your support will come from. For some, it takes a devastating disease like cancer to realize how many people you really have in your corner. 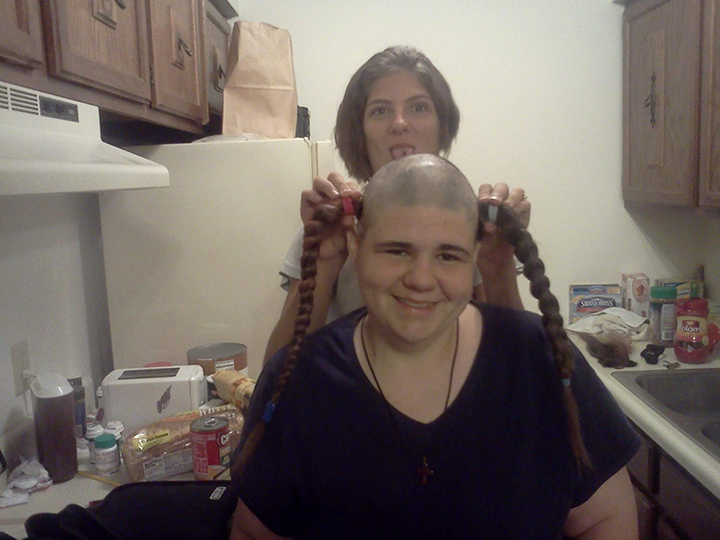 In 2010, 28-year-old Tosha King was talking on the phone with her aunt. A typical occurrence between the two. In the middle of their conversation, Tosha felt an excruciating pain she’d never felt before. Her aunt on the other end of the phone knew there was something very wrong. She immediately hung up and called for an ambulance. Upon arrival at the hospital, it was discovered that her ovary had ruptured. Soon thereafter, she received more news that would change her life in the blink of an eye. Scans revealed she had ovarian cancer - a rare Granulosa Cell Tumor that accounts for approximately 2 percent of all ovarian tumors.

Tosha quickly began a 6-month chemotherapy regimen and multiple surgeries before she was eventually told that her treatment had worked. She thought she had beaten this cancer. She thought that all the concerns she had were in the past. 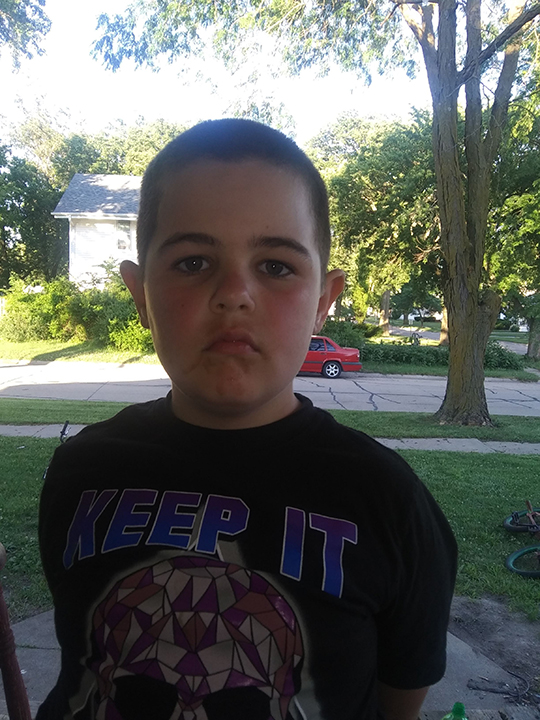 Almost a year later, after losing an ovary and not knowing if she’d ever have children, Tosha improbably gave birth to a baby boy, Floyd.

“When I lost my ovary, I was afraid I would never have a child. I ended up having my son and he has meant the world to me every day since and will always mean the world to me.”

While raising her son, Tosha kept coming back for check-ups and blood work all the way through 2015.

Fast forward to May of 2020 when she had an onset of abdominal pain. She came into Nebraska Hematology-Oncology and began seeing Dr. Mark Hutchins who said that she’d had a recurrence and eventually surmised she’d be managing this cancer for the rest of her life.

“Dr. Hutchins was very straightforward with me,” Tosha said. “He would pull things up and show me exactly what was going on right on the computer screen. I appreciated that.”

Even Dr. Hutchins, with decades of experience in treating cancer quickly noticed Tosha’s perseverance and was inspired. 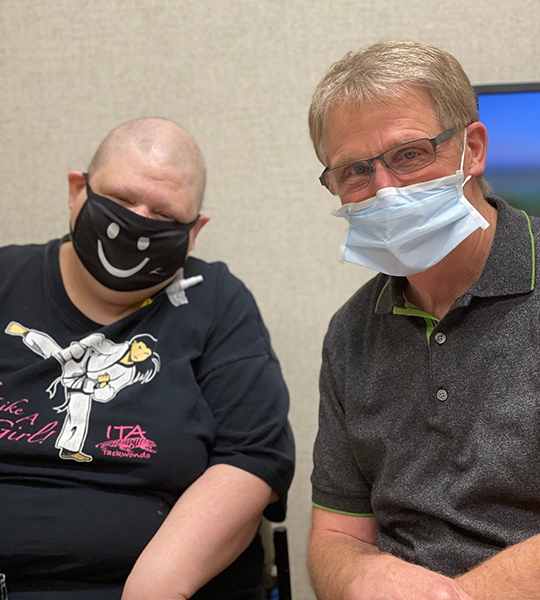 “Tosha came into my orbit after years of struggle and multiple operations and courses of chemotherapy,” said Dr. Hutchins. “Despite that, she was successfully raising her son as a single mother. When confronted with yet another relapse, she proceeded without hesitation into yet another round of chemotherapy that required weekly visits. All the while, getting Floyd off to school and helping with his homework like any mother unburdened with 11 years of cancer would do. Her determination was humbling.”

Floyd, now 9-years-old, like so many boys that age, loves video games and has been a source of support and inspiration for Tosha. Even she admits that it’s sometimes difficult keeping up with him at times due to the chemo, but he gives her much more strength than she could possibly imagine. In one instance, the wise 9-year-old turned to her to say, “Mom, everything is going to be OK.”

According to Tosha, her whole support team has been instrumental in helping her through her battle. A support team that includes a family who knows just what to do to support Tosha in her cancer battle.

“I came home from a chemo treatment one day, ran my fingers through my hair, and my hair started falling out. I went outside, sat in front of my building and I was in tears. I didn’t know what to do,” she said. 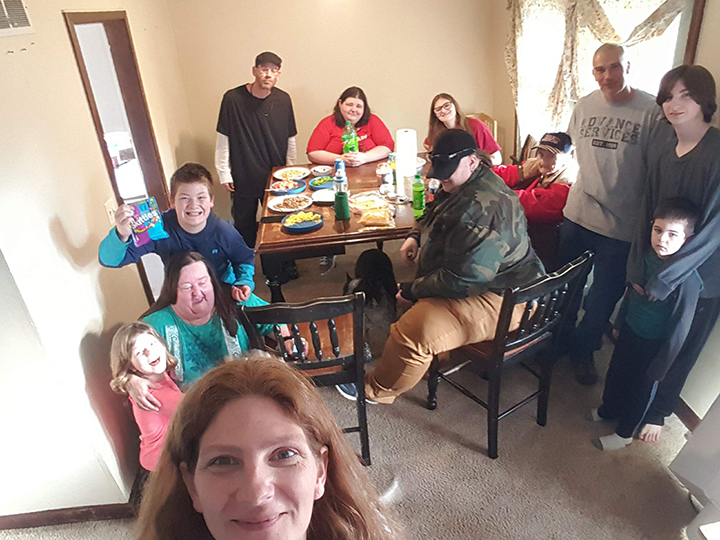 Queue her support system. “My mom had called my family. My sister, my aunt, and my aunt’s other half and they all came over and agreed to shave their heads for me. It meant the world to me at the time. I couldn’t believe that my mom and my sister and my aunt had agreed to do this for me. It was amazing.”

Tosha has had more than her fair share of obstacles. She’s developed neuropathy because of her chemo treatment which causes her to need a ride to and from her appointments. Tosha lives in Milford, some 36 miles from Nebraska Hematology-Oncology’s clinic in Lincoln. NHO utilizes funds from Wear Yellow Nebraska to provide her with ride-share services to get her to and from appointments.

In January 2021, Lincoln was hit with 13 inches of snow in a short amount of time. Tosha was scheduled for a 2-hour treatment in the middle of the day. Her ride share service got her to the clinic without any problem, but she was having trouble finding a way home once the storm hit. There was the option for a hotel room in Lincoln, but Tosha wanted very much to be able to get home to take care of Floyd.

“Finding a way back home was kind of hard,” she remembered. “One of the physicians actually gave me a ride home because I couldn’t find another way to get home to be with my son. I was really surprised because I don’t see most doctors doing that type of thing. It made me feel really special to know that the doctors at NHO care that much.”

Tosha has also found support from the rest of her care team at NHO. “NHO is awesome. Everyone there is very nice and very caring,” she stated. She mentioned the little things they do, like giving out long-stemmed roses on Valentine’s Day and other little things to make their patients feel special.

Today, Tosha continues to take her treatment one day at a time but finds the time to provide some inspiration to anyone going through struggles.

“There’s always a bright light shining somewhere if you look hard enough. Always stay upbeat and always believe in yourself. Never give up. Giving up is not an option.”

And with a support system like Tosha’s, surrounded by a team that helps you see that bright light shining, it’s impossible to give up.

For medical advice after hours, call 402.484.4900 and leave a message with our answering service. The on-call physician will return your call.

If you speak another language, require sign language or language-assistance services, these are available free of charge to you. Click here for more information.

We are a proud member of:

What it means to be a
OneHealth Partner >>

What it means to be
QOPI Certified >>

What it means to be
a member of COA >>

What it means to be
APCCCC Certified >>